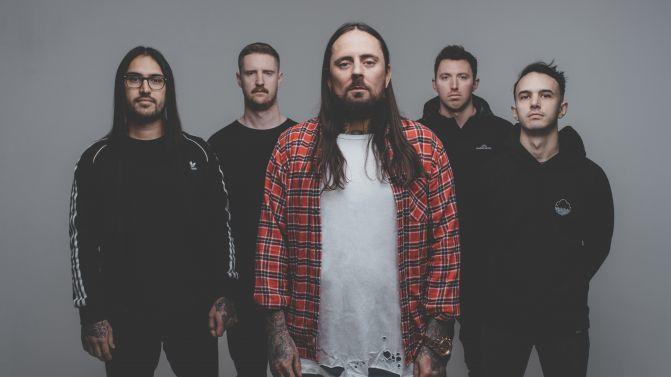 © Thy Art Is Murder (Press)

The group of Deathcore Australian Thy Art Is Murder just published a new single named Make America Hate Again. The latter is accompanied by an official music video, and is part of the new album of the group called HumanTargetwhose release date is scheduled for July 26, 2019 via Nuclear Blast.

The guitarist Andy Marsh spoke about the new song. It is a committed composition that deals with current political tactics used to engender hatred.

Whilst we collectively identify as a left leaning band, this song was not written to attack those who sit on the right side of the political sphere, but as a commentary on the tactics employed by both campaigns in the most recent US presidential election. These crusades of social warfare would surely succeed in one result regardless of the victor, making people hate one another. The blood lust of the political spectator, armed with Fox, CNN and an iPhone, was satiated with aggressive slander filled debate and fake radicalized propaganda masquerading as news, where both sides of the field rallied to provoke. Identity politics spread like the wildfires of California, smoking out people of all creeds to be branded as red or blue. Those on the regressive left may indeed have as much to answer for as their far right opponents for creating a heaving divide in the space of public discourse, and a sustaining sense of animosity among communities around America and abroad. Polarizing leaders like Trump are, in part, a result of who we have become. Disconnected.

Make America Hate Again by Thy Art Is Murder:

System of a down 27 years 1994-2021 signatures shirt
AI: The Somnium Files - nirvanA Initiative, Free DLC Available Now
Why the Sex Pistols mattered – and why they self-destructed
Guns N' Roses Complete - Play-It-Like-It-Is Guitar, Volume 1 - Play It Like It Is
Beyond Creation unveils a music video for the song The Afterlife
Metal Video of the Week: Devin Townsend's Deadhead
Why This Beast Of A Band Remain Metal's Most Enduring Act
Every Rancid album ranked from worst to best
Linkin Park Easier To Run
The Classic Led Zeppelin Lyrics Robert Plant Admitted Were 'Nicked'
Bruce Dickinson named his favorite Iron Maiden album
Does the live show take precedence over the quality of Rammstein's songs?
Share
Tweet
Email
Prev Article
Next Article

Spencer Elden, who appeared on the band’s Nevermind cover, apparently …

The group of Melodic Death Metal Swedish Soil work will …