Home
Rock Bands
THE OFFSPRING Unveil Video for “BEHIND YOUR WALLS” 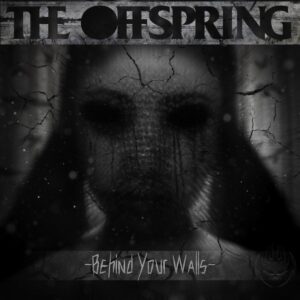 The Offspring unveil the video for their new single “Behind Your Walls.” The eerily beautiful animated short depicts a couple trying to navigate a desolate post-apocalyptic landscape riddled with seemingly insurmountable obstacles. Director and animator Jeb Hardwick worked closely with lead singer and songwriter Dexter Holland to create a visual accompaniment to the song’s lyrics.

“The song evoked a sense of a couple trying to connect through emotional barriers that had been building over time,” explains Hardwick. “I wanted to take that prompt and turn it into a dark fairytale, a sort of dystopian take on the classical storytelling structure of writers like the Brothers Grimm. I wanted the video to have an ambiguous dreamlike aesthetic to it, so I was keen to take away some of the sharpness and crispness usually associated with CGI and give a sense of it being somewhere between a moving painting and a 1920s German Expressionist film.”

Guitarist Noodles offers further insight. “’Behind Your Walls’ is about trying to reach somebody who is feeling isolated, alone, or depressed. How do you reach out and get through the emotional chasm that exists? Sometimes it feels impossible to grab a hold of that person and pull them back to ‘safety,’ emotionally and mentally. The song is about that struggle.”

The Offspring are currently on tour in support of their most recent album, Let the Bad Times Roll. Stops along the US portion of the tour include Baltimore, Atlanta, New York City, Boston, Detroit, Chicago, and Milwaukee. The band has also confirmed appearances at summer festivals throughout Europe, Japan, and Brazil. A full list of shows is below. For ticket information, go to https://www.offspring.com/tour.

Legends and innovators of the Southern California rock scene, The Offspring have sold more than 40 million albums worldwide, won countless awards, and have toured consistently, playing more than 500 shows in the last decade alone. Their music has had a lasting impact across film, television, and video games, and their latest album Let the Bad Times Roll has been a huge global success, hitting career-high chart debuts with seven top 5 and ten top 10 international debuts and nine top ten debuts in the US. The album peaked at #3 on the UK chart and hit #1 on the Alternative Albums chart in the US.

May 8 Atlanta, GA, The Tabernacle

May 20 Detroit, MI, The Fillmore

Aug 6 Rimouski, ONLY The Great Holidays

The cultural and musical impact of Nirvana's 'Nevermind'
Shawn "Clown" Crahan of Slipknot is very happy with the addition of Tortilla Man to the group
Slipknot's Corey Taylor Explains We Are Not Your Kind Album Title
The Offspring at Brixton Academy
Fans spot clue on Eddie's Iron Maiden album for fate
From Metallica to Moby, your next Stranger Things musical obsessions
Northlane releases new single titled Bloodline
The Offspring Scrape Off the Rust and Return to Action on Let the Bad Times Roll
Adrian Smith of Iron Maiden will publish an autobiography
How Country Was the Original Guns N' Roses?
Nirvana - Game of Life
rancid | Epitaph Records
Share
Tweet
Email
Prev Article
Next Article

Inviting the bad times to continue has never been more …